Happy New Year! 2021 was certainly an “interesting” year at the movies. One aspect that made it different is that the time period to release movies for Oscar consideration was expanded which resulted in getting quality movies in the month of January. Traditionally, the first month of the year looks like it is a dumping ground for studios to release the worst of the worst that they have in their vaults. Many movies that end up in top 10 worst of the year list come out at this time. I usually refer to them as January Junk. In a sign of thing perhaps turning back to normal we have the first release of 2022 in the form of “The 355” and it appears tradition is back.

This is a spy thriller about female agents from agencies across the globe who are out to stop a global threat. It does sport a great cast that includes Jessica Chastain, Diane Kruger plus Oscar winners Penélope Cruz and Lupita Nyong’o. However, that’s where anything impressive about this movie ends.

For starters this is an action movie and there is not one exciting action scene in it. Fight scenes, car chases, gun fights and whatever else is thrown at us, ALL fail to leave an impression. Some are downright boring. It was surprising to learn that the movie was co-written and directed by Simon Kinberg. His only directing effort before this was “X-Men: Dark Phoenix”, the film that put the final nail in the coffin of the X-Men franchise. There is a plethora of women filmmakers that could have done some real justice to this story. Chastain and Kinberg worked together on the X-Men movie and maybe they only got financing if he was at the helm. If that is true, then maybe this was doomed from the start.

Speaking of the script, get ready for some clichés, heard the lines a million times before dialogue. Like when one agent asks another to return for one last mission and gets, “I’m done with that life” in reply. Or how about the line, just to let you know how high the stakes are, “They get this, they start World War III.” To which we get, “We’re the only ones to prevent that from happening.” Of course, we also get the classic, “We need your help and more importantly, you need ours.”

Oh, and the plot holes? Large enough to drive a truck through. The opening scene is a huge head scratcher. Yes, we are asked to suspend disbelief when watching a movie, but not to the point where our intelligence is insulted. It is 2022 and from a cinema perspective, we have returned to “normalcy”. Unfortunately. 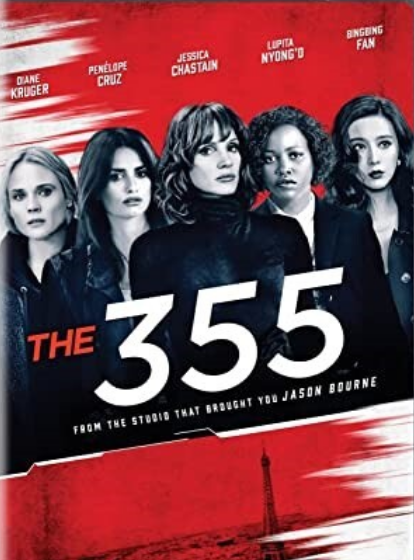